Whipping them out all the time!

This week has had its up and downs and whether it's to do with the lack of sleep. I defiantly feel like iv lost my s***. Hopefully next week will be a bit better.

Monday
When we bought our house 3 years ago it was very run down and had to be stripped back to the brick and start again. There are still things we haven't finished and others that we still need to sort out since installing. Our radiator in our bedroom is either on full blast or we have to switch it off completely so that's what we do. Since having Eva we have had it on in the cold nights then just woken  up in a pool of sweat yuk not nice! Anyway I found some mould on the wall by our window it was the tiniest of patches but as Eva sleeps in our room I freaked out! I became a mad women and instantly bleached the wall to kill it then opened the windows, we got some mould paint stuff so I dosed the wall in that too. My Monday was consumed by pretty much bleaching and washing everything in antibacterial spray and wash. Now mould is very common in British houses, so I read but for some reason I just felt like I had failed as a mother to let my baby be surrounded by this, it could of only been there for a small amount of time but I just felt awful. I try so hard to clean and tidy the house and I felt like I have failed my household. Let's just say by the end of the day my hands were raw and dry, my back achy and the house was spotless.


Tuesday
Swimming day, I got into the pool with Scarlett since having Eva she was so excited she was squealing the whole time. She has really progressed in her swimming and instead of just letting me take her around she is kicking her legs, moving her arms and just enjoying her self so much.

Wednesday
I don't know why but wednesdays are a really difficult day for us. I tend to do something in the morning then Scarlett has a nap then some lunch then we are in the house the rest of the day and it just drags. Scarlett is a very active almost 2yr old and she just has to be doing something all the time and she needs me right by her side she won't just go and play off by herself. Scarlett loves to paint or do anything crafty she would rather do this than play with any other toys and she wants to do it all day. I'm the same with crafty things I love it. So I took her to a messy play session. I made a big mistake and didn't feed Eva before we left the house she was fast asleep so thought I would just get us all in the car and as it was the time she normally naps thought she would stay asleep in the pushchair. I was wrong. As soon as we got to the church hall Eva was crying out ready to be fed, what a disaster. Luckily there was a sing song before the messy fun started so I sat down with Scarlett and Eva whipped out my boob and fed her while Scarlett was enjoying dancing and singing to twinkle twinkle. I find myself just whipping them out all the time at inconvenient times, I'm not shy breastfeeding and will feed my baby when she needs me. However I do do it discreetly and on many occasions no one even knows, they will come over to me and say ohh is she sleeping and I'm like no she's feeding and they say oh I'm ever so sorry I'll leave you to carry on. I'm a massive breastfeeding supporter as iv breastfed both my babies but I do believe in doing it discreetly I dnt mean hide in a corner, sneak off to the toilet or suffocate your baby while covering them over but there are ways in which you don't have to expose your breast on full display. Your choice in clothing can defiantly help with this by wearing a nursing tank top under a looser fitting jumper/tshirt or a conveniently placed scarf are great cover ups. Obviously this won't work for everyone and I must admit when they get older or fussy and start pulling off mid flow and your milk sprays onto the next persons arm is not a subtle technique but that can't be helped. You are feeding and providing for you baby however I believe that you have to be considerate to other people and having your full breast on show can be avoided.
Back to the messy play. Scarlett had a great time and I loved seeing her in her element. 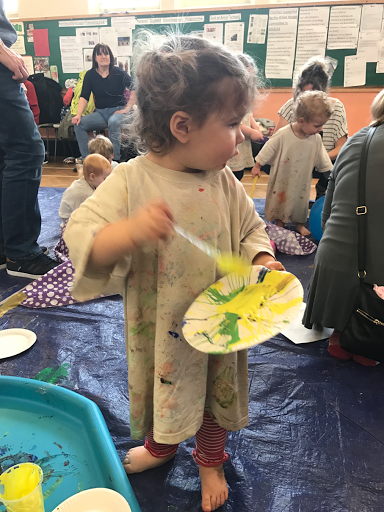 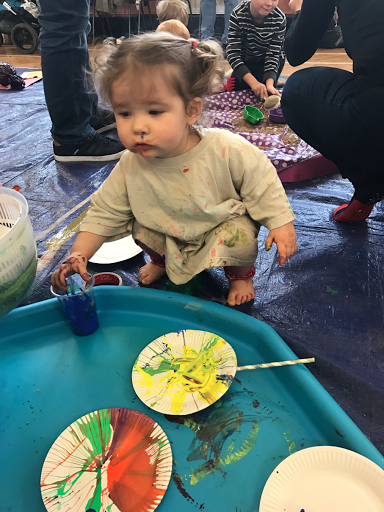 Scarlett was exhausted at the end of it and went down for a nap when we got home. I thought she would be in for a couple of hours but an hour later I was surprised by her call out for me. From here on it was a terrible afternoon. I was tired after a run of bad nights sleep and  with her tiredness and irrability was not a good mix. Peppa the pig was defiantly needed as a distraction that day.

Thursday
Scarlett is at nursery and I havey dedicated myself with filming some YouTube videos and a bit of cleaning.  Today I was recovering from the day before and just took it easy. Iv had this idea of have some dandelions in Eva's nursery room wall and as I couldn't find any wall stickers I liked online I decided to paint it myself. I am no painter but it is very relaxing, while the brush was stroking the grey paint across the yellow walls I realised I can't start again or erase this and the walls are a paint that I mixed myself so wouldn't get the exact shade so it needed to be right. I still haven't finished it yet but it's a working progress. 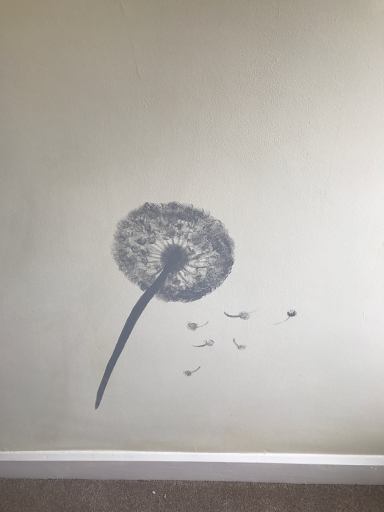 Friday
I had planned to meet my sister and her little boy for a play in the park as storm Doris had hit the uk for the past couple of days we were getting cabin fever. As Scarlett was up so early by 9am she was looking tired and needed a nap so we had to change our plans. Having little ones it's never easy making agreements,  one will be napping and the other will be awake then that one will nap and the other needs there lunch, some days you arrange to do something then it all goes out the window and you just can't get out the house. We didn't end up meeting them in the end so I took Scarlett to our local park and hubby met us there it was a lovely afternoon of feeding the ducks and playing. It was freezing cold but it didn't stop the buddle  of energy, I really can't wait for spring and summer so Scarlett can just play outside all day long. 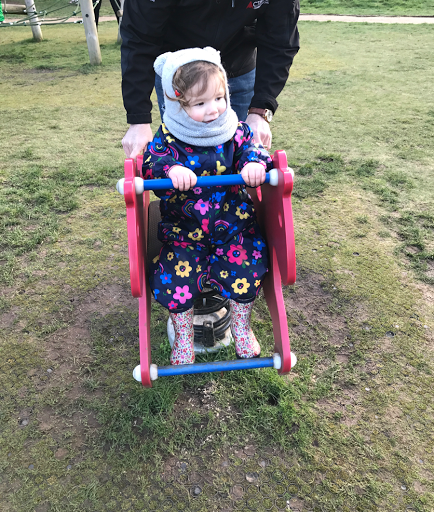 Saturday
Don't you find if you dnt really make plans you can just waste a day pottering around the house trying to decided what to do lol. So we had a lazy morning and an afternoon at the park again, luckily the rain held off just as we were out.


Sunday
A walk around a local water reservoir watching the boats feeding the ducks and playing in the park. It was so windy though Scarlett almost got blown off the climbing frame. Our week was rounded off by a delicious Sunday diner at my mums Sunday afternoon, she makes the best Sunday diner. 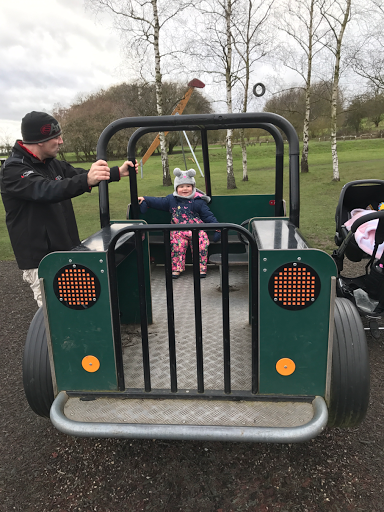 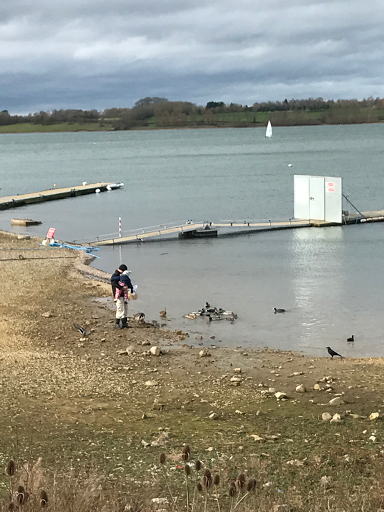 A mummy is someone who will always call on Peppa!
Posted by littlemisshomelife at 10:42